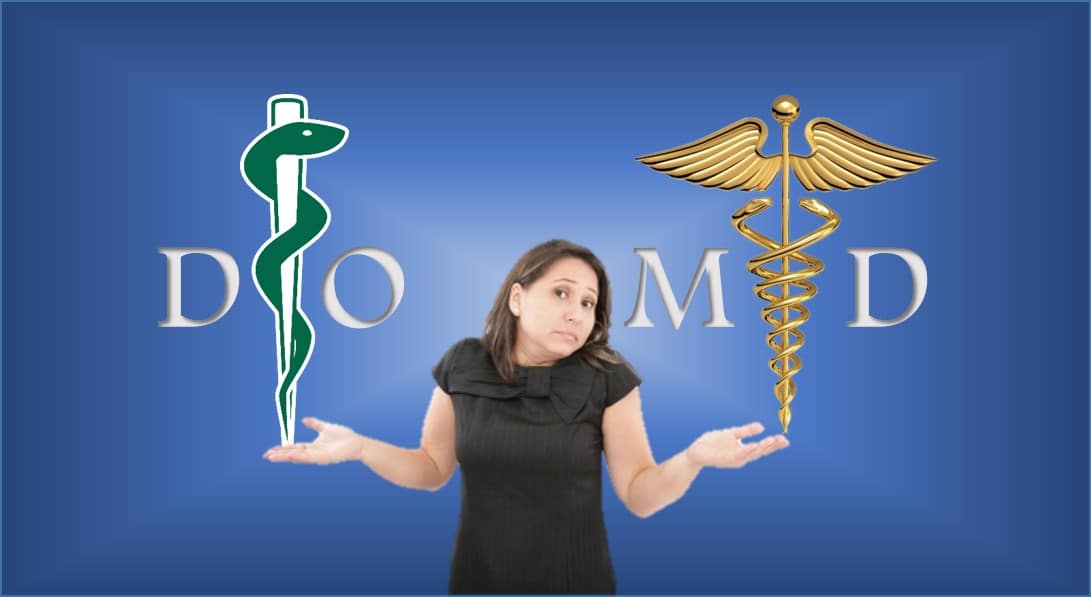 Dr. Starkman is a graduate of Midwestern University-Chicago College of Osteopathic Medicine. Dr. Starkman utilizes Family Medicine, Osteopathic Manipulation Therapy (OMT), Nutrition and Functional Medicine to help patients recover from illness and optimize their health. Dr. Joseph Starkman is proud to have been part of the Direct Primary Care Movement since November 2017.

You may not be aware that there are two types of complete physicians in the United States—DOs (Doctor of Osteopathic Medicine) and MDs.  That means a Primary Care Physician or Internist may be either a DO or an MD.

Both DOs and MDs are fully qualified physicians licensed to prescribe and administer prescription (and more natural) medications, admit patients to hospitals and perform surgeries.

Both DOs and MDs can choose to practice in any medical specialty such as pediatrics, family medicine, psychiatry, surgery or ophthalmology.

DOs and MDs must pass comparable examinations to obtain state licenses.  DOs and MDs both practice in accredited and licensed health care facilities.

Most DO’s and MD’s today use similar protocols, but some DO’s practice more holistically and may seek out  more natural, non-pharmaceutical means of healing first.

The History Of Osteopathy

Andrew Taylor Still was a conventionally trained MD who developed an alternative medical philosophy out of his frustration with the medical system of his day.  By studying the human form and function, he determined fundamental principles, including the idea that the human body has the ability to heal itself and that this healing system is guided by an innate intelligence.  Based on these observations and principles he created the hands-on healing art of Osteopathy in 1874.

William Garner Sutherland D.O. further developed the ideas of Dr. Still into what is now known as the Cranial Model of Osteopathy. Through hands-on practice and study of anatomy, he discovered the natural patterns and motions present in the cranium and the central nervous system. Later he determined these motions could be found throughout all tissues of the body.

Over many years he concluded that these motions were the healing system in action; they were the means by which the innate intelligence of the body was expressing itself in a therapeutic process.  He called these vital rhythms originating in the central nervous system and permeating throughout the body the Primary Respiratory Mechanism.  Dr. Sutherland began teaching his Cranial model in the 1940’s and his work has been carried on by his students and their students to this day.

How Does Osteopathy Heal?

Traditional (Cranial) Osteopaths bring the underlying causes of dis-ease back into balance instead of just providing temporary fixes.  When Primary Respiration is obstructed or impaired by trauma or injury, symptoms of dis-ease can appear.  An Osteopath specializing in Cranial therapy has spent many years and hundreds of hours developing their palpation skills to the point that they can help the body’s healing system unblock restrictions in the flow of vital energy using very subtle techniques and through working directly with the Primary Respiratory Mechanism.  Removing these blockages helps bring you to a healthy and vigorous state.

What are some advantages of Direct Primary Care?